A silent auction was held at the 2020 Olde South Ball. A portion of the proceeds benefited Calvary Home for Children in Anderson, SC.

We thank our donors for donating these special items for the 2020 auction!

This beautiful Victorian genuine cameo brooch features a lovely scene hand-carved on real shell. A dainty size, it fits perfectly at a lady's neck or on her shoulder. 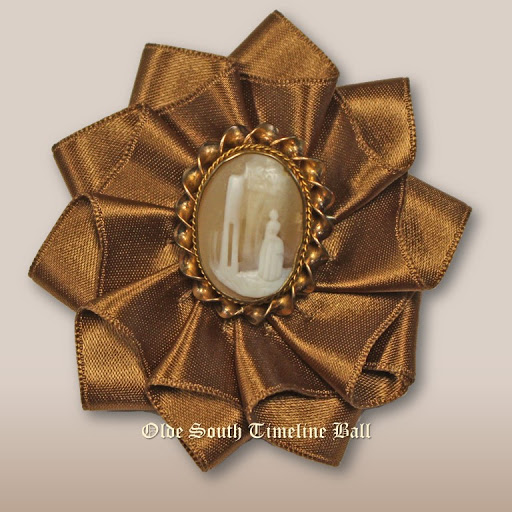 This amazing original newspaper edition is full of coverage about the First Battle of Bull Run (aka First Manassas). From maps to reports to letters from officers in the field, this is a first-hand look at what Herald subscribers first learned concerning the battle.

This is the full edition so it also includes Marriages & Deaths, the New York Cattle Market, Shipping News, congressional proceedings, lists of killed and wounded in the battle, and speculation about England's position concerning the newly-begun war. Many hours of fascinating reading! 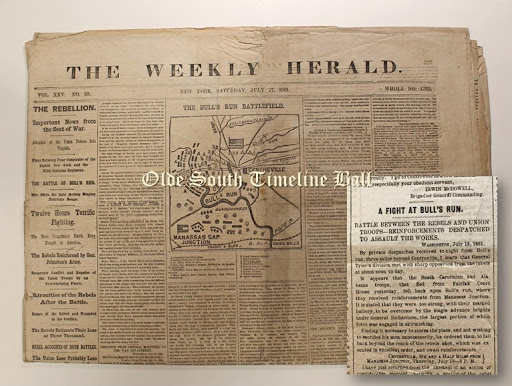 A beautiful 6" comb fits perfectly in your natural bun or with a hair piece. Combs were a popular Regency and Victorian accessory. Tortoiseshell was a common choice of material as it looks lovely with any hair color. 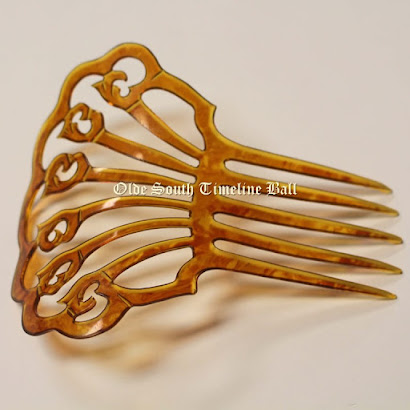 Two hundred pieces of fun for the whole family! Or a great project to unwind by yourself. This is sure to provide plenty of entertainment and some great history as well. 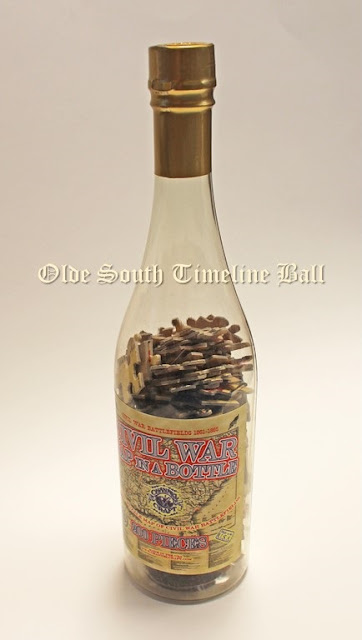 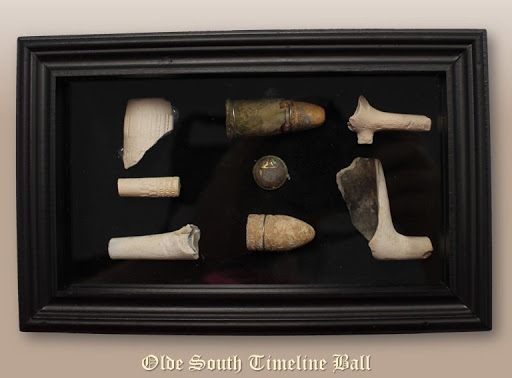 Amazingly well crafted, these pasteboard bandboxes are covered with period designs of wallpaper, as the originals were. An added touch of authenticity is that the insides are lined with reproductions of period newspapers! These are wonderful for storing hats, bonnets, gloves, feathers, and anything you'd like to preserve from dust or crushing. Each bandbox comes with acid free tissue paper and a little history of the particular wallpaper design on the box. 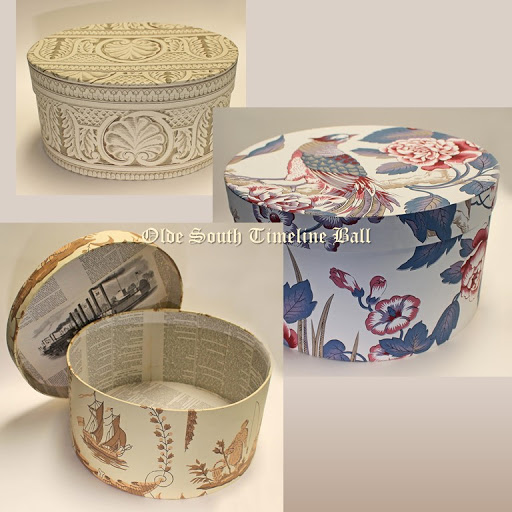 Nicely handcrafted cravat suitable for any Victorian gent, it clasps easily in the back and requires no tying. Just clip and wear - and look awesome! 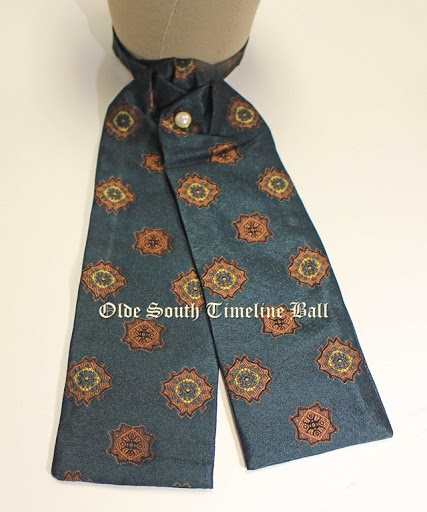 Americans inherited the black cockade from Great Britain and even wore them in the Revolutionary War against the British. But when the French entered the war on our side, George Washington “recommended white and black cockades to the officers, a black ground with a white relief, which was intended to be emblematic of the expected union of the American and French armies. The cockades were small rosettes of leather or silk worn on the hat.”
Black and white cockades came to be synonymous with patriotism in our country’s early history. The Philadelphia Centinel said the following on July 4, 1798: "It has been repeatedly recommended, that our citizens wear in their hats on the day of Independence, the American Cockade, (which is a Rose, composed of black ribbon, with a white button, or fastening) and that the Ladies should add to the attraction of their dress…this symbol of their attachment to the government, which cherishes and protects them – either on their breasts or in their bonnets. The measure is innocent; but the effect will be highly important. It will add cement to the Union, which so generally and so happily exists.

"Every cockade will be another edition of the Declaration of Independence, and the demonstration of it, by this national emblem now, will be as highly laudable as the display of the immortal instrument of 1776 was then…. All those, who have not had opportunity to sign the address [of Independence], and who feel themselves Independent Americans, cannot hesitate to show by some outward mark, that they love their country better than any other in the world; this mark ought to be the black cockade. The Ladies, we understand, are universally in favor of the measure; and if they lead, who will not follow?"
Recognizing that if both British and Americans wore the same black cockades, things could get confusing (to say the least!) George Washington also came up with the idea of putting an eagle in the center of American cockades. The eagle on this cockade has been custom designed for me to replicate as closely as possible the style of Washington’s original eagle. The cockade itself is the “rose” style with black and white as our “edition of the Declaration of Independence!” 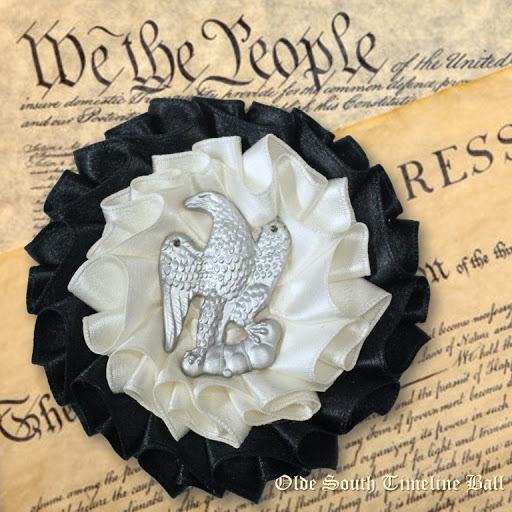 This charming teapot is perfect for afternoon tea with friends, or a nice perky cup of tea with breakfast! Also included is a box of Charleston-grown tea, from the Charleston Tea Plantation right here in South Carolina. Enjoy an old tradition with this lovely set! 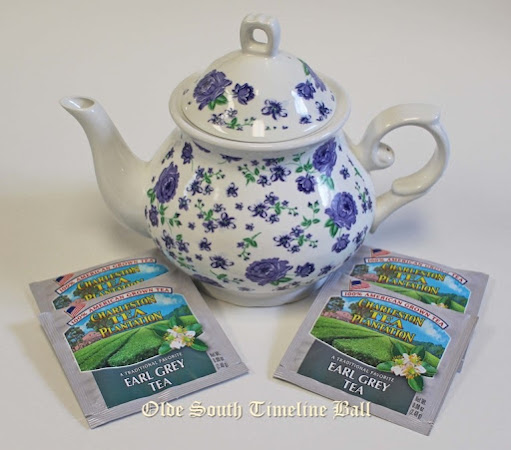 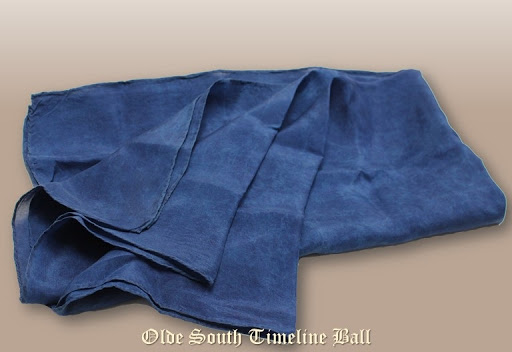 Perfect for 18th and early 19th century outfits! Turquoise has been loved for centuries as a fashion statement, which you're sure to make with this beautiful ensemble! 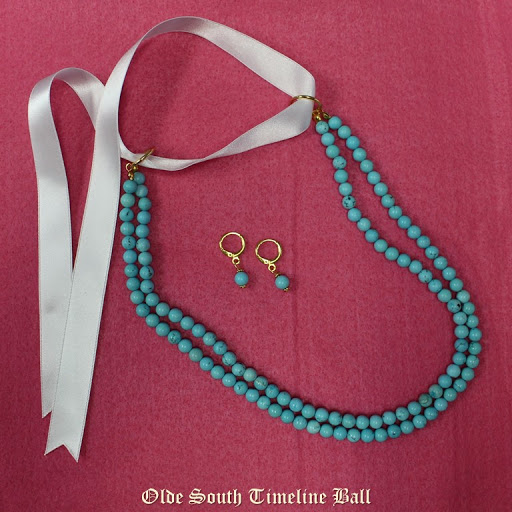 Improve your knowledge of the past with this fine collection of historical works! 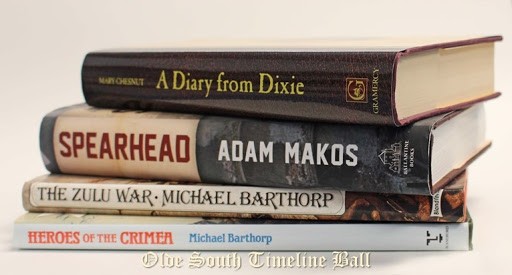 Once again, Mr. Shealy is creating some gorgeous hand-tatted ecru lace especially for the Olde South Timeline Ball! Delicate and fairy-like, it will make a lovely accent to a wide variety of projects. 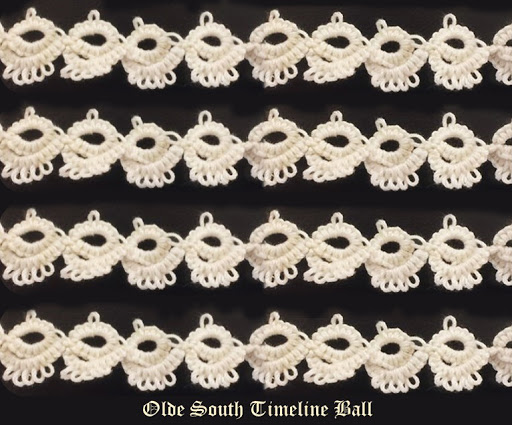